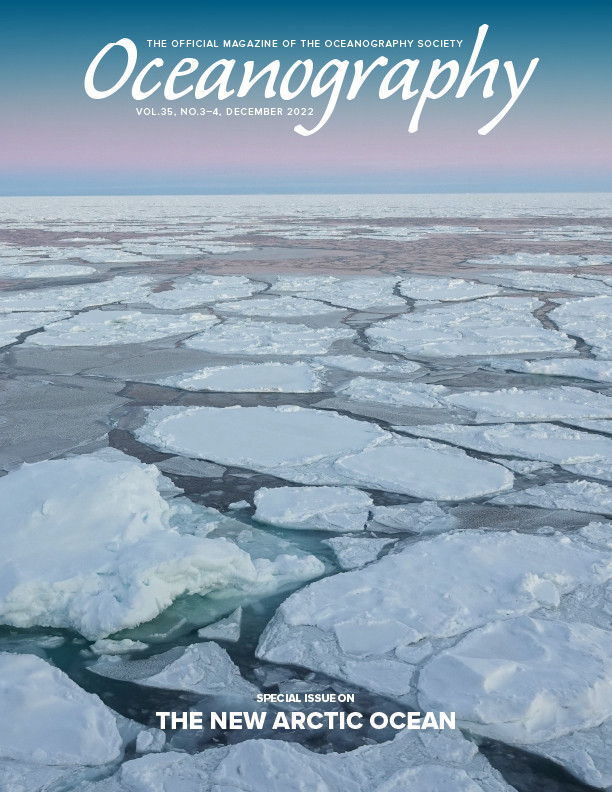 Although Thomas Jefferson had recognized the need for mapping and charting the waters of the young United States in 1807, it wasn’t until 1830 that the US Navy established the Depot of Charts and Instruments, which later became the US Naval Hydrographic Office. At the beginning, the Depot was a clearinghouse for navigational equipment and the few foreign charts that were available. The Depot didn’t make its own charts until 1837, with the first one covering Georges Shoal and Bank, from ship tracks provided by Lt. Charles Wilkes. Wilkes later led the famous 1838 US Exploring Expedition that provided the United States its first worldwide mapping coverage (Heynen, 1978).

But the supply of information continued to be limited. Even in the late 1930s, as the United States anticipated conflict in the Pacific Ocean with Japan, it was apparent to Navy leadership that the country lacked critical oceanographic information needed to fight at sea. The Navy had called up Roger Revelle of Scripps Institution of Oceanography in 1941 to work on sonar, then reassigned him in 1942 to the Hydrographic Office. More interested in working at sea, Revelle recruited Mary Sears from the Woods Hole Oceanographic Institution (WHOI) to build a team that would focus on the necessary oceanographic science and metrics needed for Allied operations.

For Mary Sears, this was the beginning of an influential career that touched most of the marine science community in the world. The detailed story of how she stepped out of her laboratory role as a plankton expert and built a team to help win the war is just the first part of that career. The story has now been described in depth in a new book Lethal Tides: Mary Sears and the Marine Scientists Who Helped Win World War II by Catherine Musemeche. The book vividly recounts those eventful years when Sears and her team of ocean experts scoured the world for critical ocean information and made it available for use in the war.

After a brief early life history, the book focuses on the efforts it took to get a woman into the Hydrographic Office after a long history of misogyny, and then shows how Sears used her knowledge of people and expertise to pick just the right team and to manage a successful effort. A brief epilogue for each team member highlights later individual accomplishments.

The team that Sears put together included barnacle expert Dora Henry and her colleague Mary Grier, the University of Washington oceanographic librarian, as well as crustacean expert Fenner Chace of the Smithsonian Institution. The scientists had to set aside their own scientific interests and focus on collecting, collating, and evaluating oceanographic information on beaches, tides, topography, seas and swells, bottom sediments, currents, salinity, and other environmental characteristics that were critical for invasions. Under constant pressure and time constraints and faced with limited data availability, the team, thanks to Mary Sears’ knowledge and leadership, was able to provide the necessary critical information for the conduct of the war. In fact, given her successful efforts, Revelle later said that Mary Sears was “the first Oceanographer of the Navy in modern times” (Revelle, 1980).

The story is a gripping one, replete with the pressures of timed invasions, multiple targets, and impossible deadlines. The team had to sort through thousands of scientific papers and reports to find the critical information they needed. Much of it came from the Japanese oceanographic literature, which fortunately was mostly published in English. But the only information they had about some of the Pacific Islands dated back to the Wilkes expedition.

The descriptions of amphibious landings, both the technical difficulties and the human responses, are realistically drawn from eye-witness accounts. The author shows how the Navy learned from early casualties and equipment malfunctions to focus on what information was required to improve the capability to land safely. For example, Sears and her team had to override initial reports of firm beaches for the invasion of Okinawa because they had collected other conflicting information showing that the beaches would require landing mats to support an amphibious landing. The team’s research, provided in the “Submarine Supplements to the Sailing Directions,” enabled US submarines to hide in thermoclines to escape enemy detection.

The book is written in a narrative style, with much of the information and conversations documented by published personal recollections. But it appears that the author has also imagined some thoughts, scenes, and remarks that are not documented. For example, on page 85, we learn that Sears “crisply saluted” and “the sunlight streaming through the windows reflected off the gold buttons” These are scenes that could have happened but are not documented in the endnotes. Although the endnotes have many references, the book has no bibliography. This omission seems to be more and more common these days as publishers try to save money by printing less. Checking sources has become harder and harder.

And speaking of sources, the author’s description of ocean and weather forecasts for the D-Day invasion could be usefully updated with recent work by Anders Persson (2020). Persson uses previously neglected sources to show that most of the common perceptions about those forecasts need to be re-evaluated.

Musemeche’s book is an important addition to the history of marine science. It recalls a critical period in US history and gives us a sense of the scientific leadership and organizational abilities of a distinguished marine scientist and her colleagues. But it reflects only a small part of the many accomplishments of Mary Sears who returned to WHOI for a long and award-​winning career. She was the founder and editor of the prestigious journal Deep-Sea Research. In 1959, she organized the first International Oceanographic Congress at the United Nations that, in Revelle’s words, “played a major role in creating the present world community of oceanographers from numerous countries and almost as many specialties. Many of these scientists met with each other and exchanged ideas for the first time at that Congress” (Revelle, 1980).

The book mentions the fact that a US Navy hydrographic ship was named in honor of Mary Sears and went into service in 2001. It’s interesting to note a fact not mentioned that in January 2007 the USNS Mary Sears was the search vessel that discovered the signals from the cockpit voice recorder and wreckage of the missing Adam Air Flight 574 in waters near Indonesia (Wikipedia, 2022).

Although Mary Sears has been recognized in many ways for her work in the oceanographic community, the oceanographic literature still lacks a full biography of this important scientist and leader. One of the first staff members of the Woods Hole Oceanographic Institution, she was the first recipient of WHOI’s Women Pioneers in Oceanography Award, and the award was then named for her. The award recognizes “long-​term, life achievement and impact, with special consideration given to candidates who also have shown leadership through mentoring junior scientists, technicians, or students” (WHOI, 2022). (On a personal note, I first met Mary Sears at Woods Hole in 1969 as a young visiting scientist. I found her a formidable person, but very helpful with advice, and I was thrilled when I published my first paper in Deep Sea Research. I was also an admiring colleague of Dora Henry at the University of Washington and found her sage advice helpful as we formed a new college there.) Of course, members of The Oceanography Society have already made their tribute to this remarkable scientist through the Mary Sears Medal awarded biennially to an ocean scientist who “has made sustained, innovative, and impactful contributions to original research in the areas of biological oceanography, marine biology, or marine ecology, along with outstanding contributions to education and mentorship in the field.”