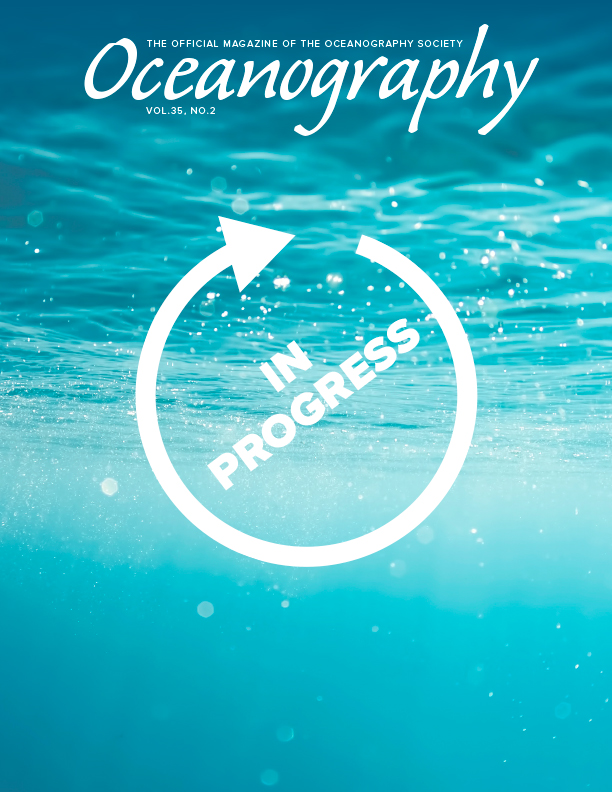 SIDEBAR • Float Your Boat: Launching Students into the Arctic Ocean

Our understanding of Arctic sea ice and ocean circulation began with the drift of two wooden boats. First, wreckage from the naval exploration vessel USS Jeannette was found off the southwest coast of Greenland in 1884 three years after the ship sank in the East Siberian Sea. Second, Fridtjof Nansen’s expedition intentionally locked Fram in the Arctic sea ice north of the Laptev Sea in September 1893, and it was finally released from the ice’s grip in August 1896 north of what is now known as Fram Strait (Figure 1). Then, at the turn of the twentieth century, Jeannette survivor George Melville introduced a program that deployed wooden casks containing sealed notes to track Arctic circulation. The casks acted as autonomous drifters, similar to today’s International Arctic Buoy Programme (IABP) drift buoys, that allow data collection without exposing human lives to the rigors of the Arctic.

Following the legacy of the early Arctic explorers, Float Your Boat (FYB) is a unique and fun outreach program that provides a novel opportunity for students and the public to learn about the Arctic Ocean. Participants decorate toy wooden boats with words and art, and the boats are deployed on Arctic Ocean ice floes by icebreakers. Personal connections to the Arctic develop with the anticipation and excitement of the boats being reported on distant shores years later by beachcombers. The brand “www.floatboat.org” is burned into the wood so that anyone finding a boat can visit the website and report the discovery. In 2015, 1,400 toy boats were cut by the Center for Wooden Boats in Seattle, Washington. Youth from the Pacific Science Center, K–12 schools, and other community groups around the United States participated in personalizing the boats with their individual designs. In 2015, US Coast Guard Cutter Healy deployed this inaugural flotilla of wooden boats on the sea ice along the 150°W meridian during a GEOTRACES cruise (Figure 1). Students tracked their drift across the ocean in real time through IABP meteorological buoys, deployed at the same time as the boats, using the IABP webpage https://iabp.apl.uw.edu/Float_Your_Boat.html and the project’s Facebook page https://www.facebook.com/floatboat.org.

Three to six years after the 2015 deployment, eight of these boats were reported by beachcombers (Figures 1 and 2). Boat reports provided the only evidence that the two northern deployment sites were entrained in the Transpolar Drift Stream, because their accompanying buoys stopped reporting very shortly after deployment (Figure 1). As boat reports started trickling in three years after the 2015 deployment, a cadre of excited collaborators were inspired to launch more boats.

In 2020, just before the global COVID lockdown, hundreds of students gathered at the Pacific Science Center in Seattle, Washington, to ready 550 boats for the Arctic sea ice. The 2020 Coordinated Arctic Acoustic Thermometry Experiment (CAATEX) facilitated collaboration with the Nansen Environmental and Remote Sensing Center (NERSC), which engaged schools in Norway to participate in Float Your Boat. The plan was for Healy to deploy boats in the western Arctic and the Norwegian Coast Guard icebreaker K/V Svalbard to deploy boats in the eastern Arctic, each during their respective CAATEX cruise. A failure of Healy’s starboard main motor required a last-​minute change in plans and K/V Svalbard, in an impressive feat of seamanship, sailed from Svalbard, Norway, to the Beaufort Sea, via the Northeast Passage, in late fall on a rescue mission to retrieve the CAATEX moorings and deploy boats along the way. K/V Svalbard also supported additional IABP deployments during this expedition, filling in IABP coverage gaps and enhancing the synergy between outreach and science.

In 2021, the Float Your Boat program was embraced by Seattle Public Schools (SPS), and hundreds of students participated. The students were learning remotely during the peak of the COVID pandemic, so boats were decorated at home. Teachers incorporated FYB into a wide range of curricula, from arts to science. One SPS teacher had this to say about the program: “Combining art and community partnerships for science data beyond the scope of our own classroom gave context to our learning about Oceans and Climate. Especially following months of remote learning, it was so valuable to have a hands-on relevant experience together.”

In 2021, personnel aboard Healy deployed boats in the western Arctic, and collaboration expanded with the engagement of the Nansen and Amundsen Basin Observing System (NABOS) cruise on the Russian research vessel Akademik Tryoshnikov and the NERSC cruise on the icebreaking cruise ship Le Commandant Charcot, which resulted in three deployment locations in the Arctic Ocean (Figure 1) and a total of about 600 boats, each with a number burned into the wood for identification.

Scientific return rates are not the goal of Float Your Boat. Rather, FYB connects people to the Arctic Ocean through personal experiences. The kids’ boats get launched into the Arctic Ocean, but it could be the boats launching the kids. Launching a single child into curiosity about the Arctic, or the report of a single boat being found, are both considered huge successes. Float Your Boat has surpassed those expectations with multiple boat reports over the years, and thousands of kids engaged. Most of the wooden boats may never be found—but the FYB experience may last a lifetime.

Float Your Boat is made possible by collaboration among participants in the IABP. Thank you to the crew and scientists aboard USCGC Healy, K/V Svalbard, Akademik Tryoshnikov, and Le Commandant Charcot for deploying the boats. IR and WE are funded by contributors to the US Interagency Arctic Buoy Program, and HS is funded by the US National Science Foundation. The Float Your Boat program is partially funded by the Office of Naval Research.