The Oceanography Society is pleased to announce that Dr. Annick Bricaud was selected as the 2018 recipient of The Nils Gunnar Jerlov Award recognizing her contributions to the advancement of our knowledge of the nature and consequences of light in the ocean. 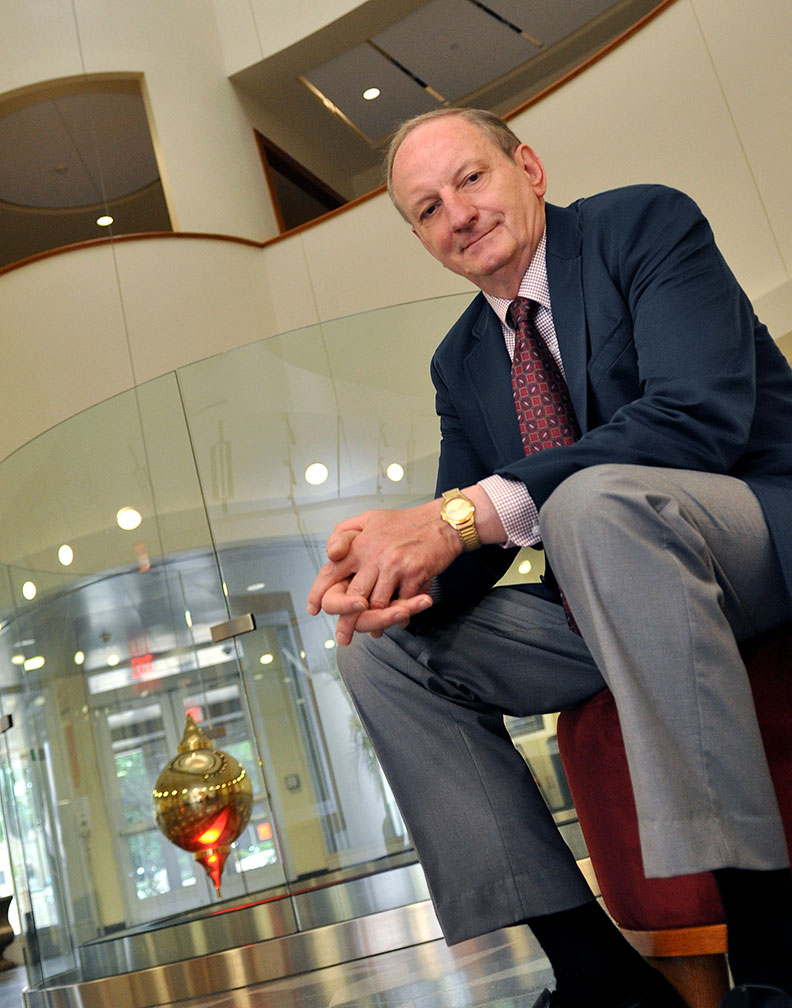 The Jerlov Award, named for ocean optics research pioneer Nils Gunnar Jerlov and funded by NASA and the U.S. Office of Naval Research, is bestowed every two years to recognize ocean scientists for significant advancements in ocean optics, outstanding achievements in interdisciplinary ocean science research and related collaborative areas, and contributions toward education and mentoring.

Fry, who is renowned for his work in quantum mechanics, quantum optics and related research areas, joined the Texas A&M faculty in 1969 and is the inaugural holder of the George P. Mitchell ’40 Chair in Experimental Physics. A former head of the Texas A&M Department of Physics and Astronomy (2002-2011), he was appointed in 2010 as a distinguished professor, Texas A&M’s highest honorific rank for faculty. In addition, he is a member of the Institute for Quantum Science and Engineering.

Fry was selected for the Jerlov Award on the basis of work described by the selection committee as innovative and foundational to the field of optical oceanography. Specifically, he was cited for his “contributions to understanding light scattering and in addressing the technical challenges needed to make the fundamental observations that provide a strong foundation for the entire field.”

“This is the top prize in the field of ocean optics and is awarded in part for Ed’s seminal measurement of optical absorption of water,” said Dr. Marlan O. Scully, distinguished professor of physics and astronomy and IQSE director. “His 1997 paper in this regard is among the top 10 most cited papers in the journal Applied Optics.”

Fry will be presented with a bronze medallion, lapel pin and cash award, along with a one-year complimentary membership in The Oceanography Society. He was set to be recognized next month in Norfolk, VA, during the Ocean Optics XXV conference; however, that event has been postponed until fall 2022 due to the ongoing coronavirus pandemic.

Fry earned his bachelor’s, master’s and doctoral degrees in physics from the University of Michigan, where he spent a year and a half as a visiting associate professor from 1977 to 1979. In addition to academia, he has served his profession as director of the Texas Laser Laboratory at the Houston Advanced Research Center in The Woodlands from 1994 to 1997. His research interests lie in the areas of atomic physics and light scattering, foundations of quantum mechanics and quantum optics, laser excitation and ionization of atoms, surface scattering of hydrogen atoms, multichannel scattered light polarization analysis and ocean optics.

A fellow of both the American Physical Society and the Optical Society of America, Fry also is a member of the scientific research society Sigma Xi, which honored him with its Texas A&M Distinguished Scientist Award for 2001. He has twice received Texas A&M Association of Former Students Distinguished Achievement Awards in both Teaching (1993) and Administration (2012), in addition to the Society for Optical and Quantum Electronics’ EG&G Medal in 1995.

Fry has served since 2011 as associate head for development in Texas A&M Physics and Astronomy, earning the Texas A&M Foundation’s 2019 Partner in Philanthropy Faculty Award for his strong commitment to philanthropy and science outreach, as evidenced by his dedication of the related $10,000 monetary award toward the annual Physics and Engineering Festival he founded in 2002. He also serves as deputy director of the Hagler Institute for Advanced Study and as a member of its Advocate Council.

“We are very proud of Professor Ed Fry and this remarkable achievement,” said Dr. Grigory Rogachev, professor and head of Texas A&M Physics and Astronomy. “Receiving this prestigious oceanography award is unusual for a physicist, and it is very exciting. It highlights the wide range of interests and talents of Prof. Fry, who is not only an outstanding researcher working at the forefront of quantum physics, but also an exceptional leader who contributed a great deal to the development of the Department of Physics and Astronomy as head in the past and continues to do so as an associate head at present.”

» Learn more about Fry and his teaching, research and service.