In accordance with The Oceanography Society’s bylaws, the terms of the following Council members expire this year. James Girton (Applied Technology) and Peter Sedwick (Chemical Oceanography) rotate off of the Council. The Oceanography Society thanks these Council members for their time, dedication, concern and valuable contributions to the organization. Candidates have been identified for each of the positions available, and brief biographical sketches for each of the candidates appear below.

The Council is the governing body of the Society. Therefore, voting in this election is an important function of membership. The persons elected will participate in directing the affairs and determining the future of the Society. Each candidate has been advised of the responsibilities and duties of the position for which he/she is standing, and each is prepared to devote the necessary time and attention to conduct the Society’s business.

The Council election is being conducted electronically. All TOS members with email addresses in the membership database will receive an email message containing a unique ballot link with a random, secret access key. If you are a TOS member and did not receive this message, please contact Jenny Ramarui, TOS Executive Director (jenny@tos.org or 301-251-7708) to receive voting instructions. All votes must be cast by January 31, 2020 (11:59 EST). 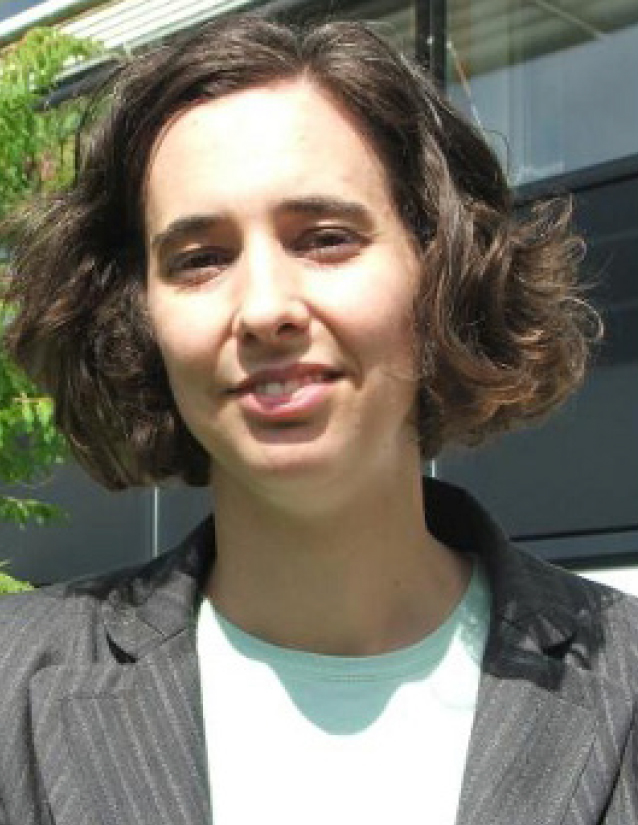 Samantha (Sam) Lavender undertook a First Class BSc Honours Degree in Oceanography and Marine Computer Applications followed by a PhD on the remote sensing of suspended sediment within the Humber estuary and plume; both at the University of Plymouth, in the UK. These studies led into jobs at Plymouth Marine Laboratory and the University of Plymouth, leading up to the position of Reader in Geomatics. She then moved into the commercial sector and has been Managing Director of Pixalytics since 2012, which she co-owns and runs with her husband. Projects include the European Space Agency’s Ocean Colour Climate Change Initiative and distance learning teaching for the MLA College that offers marine and maritime courses for professionals who want to continue working while studying. She’s interested in learning and collaborating across a range of different interests, developing products for a broad community of users. So, her research has focused on the use of satellite Earth observation to help answer questions about our planet’s resources and behaviour; co-writing the “Practical Handbook in Remote Sensing” and working on over 95 peer-reviewed publications with over 2800 citations. She’s been a member of TOS for several years, attending both Ocean Optics conferences and Ocean Sciences Meetings. Also, she’s a member of several other learned/commercial societies; having been elected Chair of the Remote Sensing and Photogrammetry Society and Chair of the British Association of Remote Sensing Companies. Through TOS, she would look forward to engaging across the global ocean sciences community and supporting its ambitions to disseminate knowledge. Return to top. 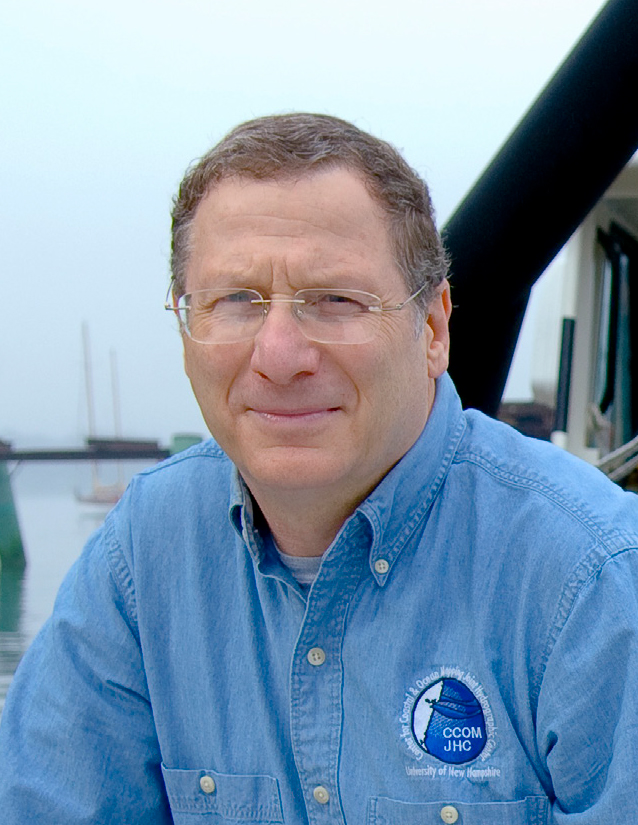 Larry has participated in more than 90 cruises (over 70 months at sea!) during the last 35 years and has been chief or co-chief scientist of numerous expeditions, including two legs of the Ocean Drilling Program and eight mapping expeditions in the ice-covered regions of the high Arctic. He has served on, or chaired, far too many international panels and committees and has the requisite large number of publications on a variety of topics in marine geology and geophysics. He is the recipient of the Keen Medal for Marine Geology and an Honorary Doctorate from the University of Stockholm. He was a member of the President’s Panel on Ocean Exploration, National Science Foundation’s Advisory Committee for the Geosciences, and chaired a National Academy of Science Committee on national needs for coastal mapping and charting as well as the National Academies report on the impact of the Deepwater Horizon Spill on ecosystem services in the Gulf of Mexico. He was the co-chair of the NOAA’s Ocean Exploration Advisory Working Group, and the vice-chair of the Consortium of Ocean Leadership’s Board of Trustees, and is currently the chair of the National Academies of Science’s Oceans Studies Board and the MARUM Science Advisory Board, and is a member of the State Dept.’s Extended Continental Shelf Task Force and the Navy’s SCICEX Advisory Committee. In 2016, Larry was appointed by President Obama to be a member of the Arctic Research Commission, in 2017 he was elected to the Hydrographic Society of America Hall of Fame, in 2018, he was elected as a member of the National Academy of Engineering, and in 2019 he was elected as a foreign member in the Royal Swedish Academy of Sciences.

Larry’s current research deals with increasing the efficiency and effectiveness of seafloor mapping and remote characterization of the seafloor (including through the use of autonomous vehicles) as well as advanced applications of 3-D visualization to ocean mapping problems and applications of mapping to Law of the Sea issues, particularly in the Arctic. Return to top. 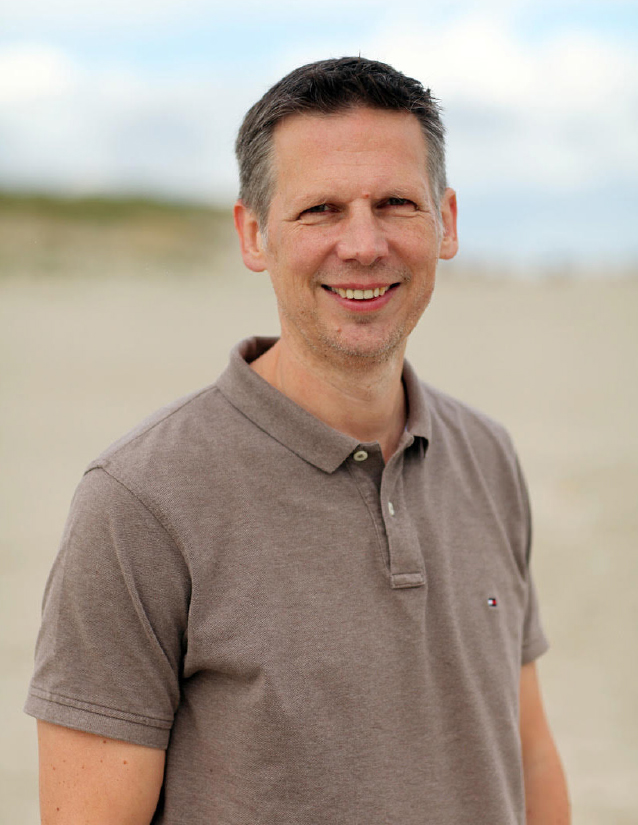 Oliver Zielinski is a Professor of Marine Sensor Systems at the Institute for Chemistry and Biology of the Marine Environment of Oldenburg University (Germany). Throughout his career, he has worked to create connections between science and industry, focusing on innovative sensor technologies. In 1999, he completed his doctorate in physics at the University of Oldenburg, utilizing novel bio-optical instrumentation to develop an effective representation of the underwater light field. He then moved to industry as scientific director and CEO of ‘Optimare Group’, an international supplier of marine sensor systems, responsible for airborne remote sensing equipment to characterize oil pollution and the development of a multi-sensor Argo float. In 2005, he was appointed Professor at the University of Applied Science in Bremerhaven, Germany, where he was responsible for the launch of the B.S. Maritime Technology study course. In 2007, he became director of the Institute for Marine Resources (IMARE) focused on research and development of applied technologies and their transfer to industrial application. After that, he returned to the University of Oldenburg in 2011, where he established the Center for Marine Sensors. Recently, he was appointed also as Scientific Director of the German Research Institute for Artificial Intelligence, establishing a research group on Marine Perception to tackle the emerging relevance of data stream mining and machine learning approaches in sensor technologies. He has participated in more than 20 research expeditions. In close collaboration with international sensor manufacturers, he developed technologies from do-it-yourself Citizen Science sensors to highly complex systems. Oliver and his team operate a coastal observatory, vessel-based underway sensor systems, and biogeochemical Argo floats. His area of research covers marine (spectral) optics and marine physics, with a special focus on coastal (Arctic) systems, (intelligent) marine sensors and operational observatories involving different user groups and stakeholders (including citizens). Oliver joined TOS in 2010 and has been particularly active, serving several times on the Ocean Optics conference planning committee as well as the Jerlov Award evaluation committee. He is also a member of numerous other advisory groups and boards on the European and international level. Oliver looks forward to working with the TOS Council to promote interdisciplinary innovations, strengthening ties with industry and fostering knowledge about recent technology developments as part of the professional development for early career scientists. Return to top. 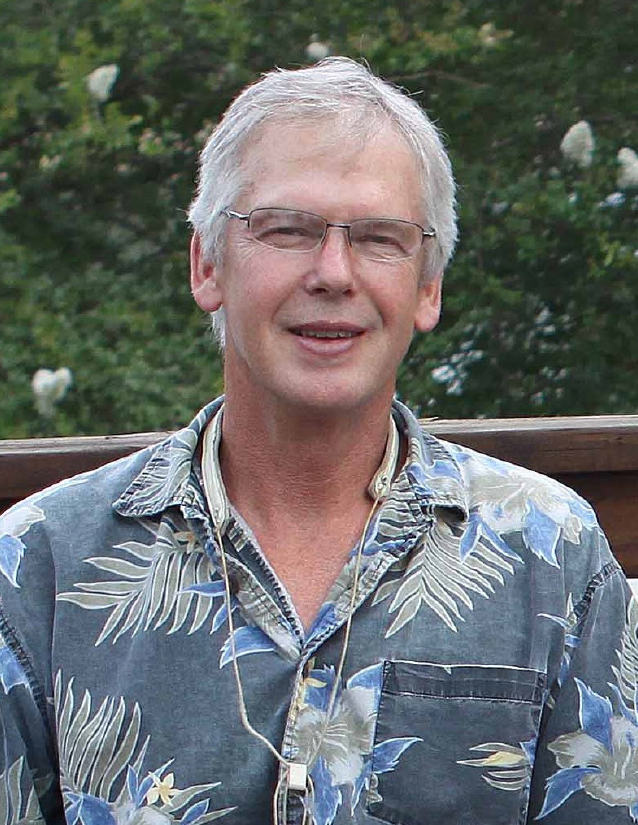 William Landing has degrees in Chemistry (UC Santa Cruz, BS, 1975 and Ph.D. 1983) and Chemical Oceanography (University of Washington, MS, 1978). He studied river chemistry in California and the aquatic speciation of trace elements in Swedish and Norwegian fjords during two post-doctoral appointments. He joined the faculty in the Department of Oceanography at Florida State University in 1985. He is currently a full professor in the FSU Department of Earth, Ocean, and Atmospheric Science, formed in 2010 via merger of the departments of Oceanography, Geological Sciences, and Meteorology. He is an avid saxophone player. His research interests include the biogeochemistry of trace elements in marine and fresh waters with emphasis on the effects of biological and inorganic processes on dissolved – particulate fractionation, solution speciation, and redox chemistry; the development of analytical schemes for studies of trace element concentrations, equilibrium complexes and redox states in natural waters and the atmosphere; the chemistry and deposition of atmospheric aerosols and precipitation, and mercury cycling in the atmospheric and in aquatic environments. Bill has served as program chair and chair of the ACS Geochemistry Division and as a member of the US GEOTRACES Steering Committee. He is currently the co-chair of the international GEOTRACES Data Management Committee and an associate editor for Marine Chemistry. Return to top. 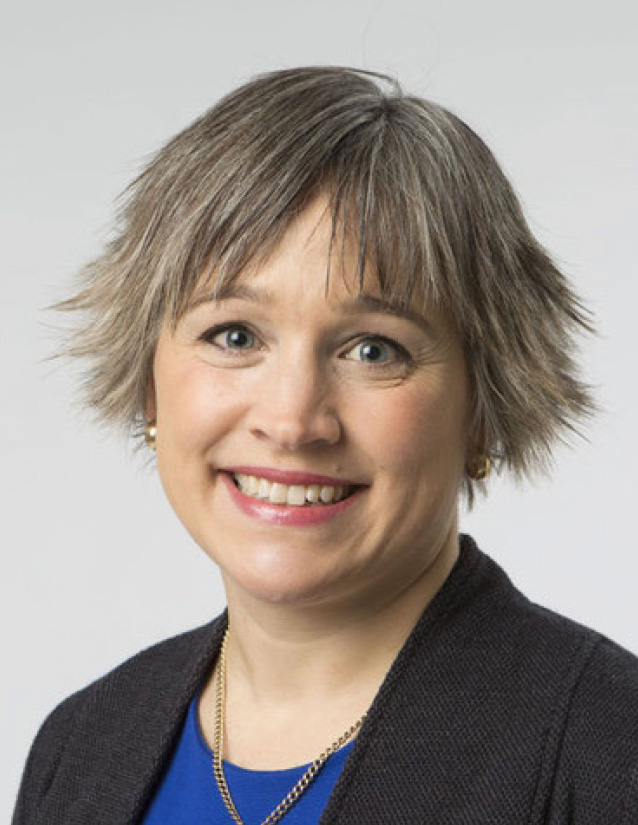 Galen McKinley is Professor of Earth and Environmental Sciences Columbia University and the Lamont Doherty Earth Observatory. She is an oceanographer and climate scientist. Her research focuses on the physical, chemical and ecological drivers of the ocean carbon cycle. Improving the quantification and prediction of anthropogenic carbon uptake by the ocean is a central goal of her research efforts. Regional ocean models, climate models and datasets are her primary tools. Professor McKinley earned a BS in Civil Engineering from Rice University (1995) and a PhD in Climate Physics and Chemistry from MIT (2002). Her postdoctoral work was at Princeton University. From 2004-2017, she served on the faculty in Atmospheric and Oceanic Sciences at University of Wisconsin – Madison. Selected honors include the Defense Science Study Group (2012-2013), a NASA New Investigator Award (2011) and the Class of 1955 Teaching Award at UW-Madison (2011). Her recent service activities include membership on the Scientific Steering Committee of the Global Carbon Project (2014-2018), the GO-SHIP Program Review Committee (2018-2019), and the editorial board of Annual Reviews of Earth and Planetary Science (2019-2024). Galen looks forward to working with TOS leadership to encourage integration of ocean research across its many facets of tools, timeframes and spatial scales; to support early career scientists; and to increase understanding of the ocean by the general public. Return to top.